The former chief executive of the carmaker Volkswagen has been charged in Germany over his involvement in the company’s diesel emissions scandal.

The public prosecutor in Braunschweig charged Martin Winterkorn and four other managers with fraud.

VW said it would not comment on the indictments. 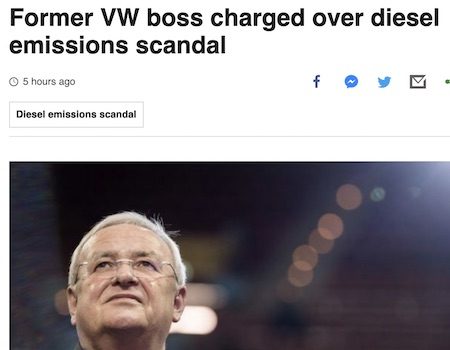 The 2016 Ig Nobel Prize for chemistry was awarded to Volkswagen, for solving the problem of excessive automobile pollution emissions by automatically, electromechanically producing fewer emissions whenever the cars are being tested.