The producers introduce it by saying: “His best thinking happens during the third movement of Beethoven’s Fifth, in a gold-plated room and when he’s mere moments from death. He writes his name “NakaMats,” but that’s Dr. Nakamatsu to you. He’s dapper, 91 years young and holds over 3,500 patents.” 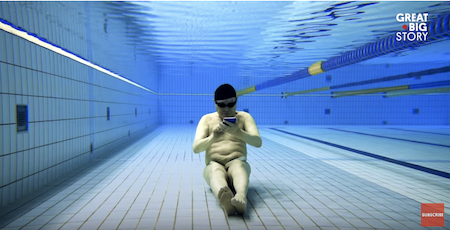 Dr. Nakamats, you will recall, was awarded the 2005 Ig Nobel Prize for nutrition, for photographing and retrospectively analyzing every meal he has consumed during a period of 34 years (and counting). He has continued the practice of photo-documenting his meals—the streak now extends to 49 years (and counting).