Editing can be a slow process. A new study suggests that a famous novel published three centuries ago could and should be edited to correct a calculation error. The study is:

“Physiological Essay on Gulliver’s Travels: A Correction After Three Centuries,” Toshio Kuroki, The Journal of Physiological Sciences, epub 2019. (Thanks to Mark Dionne for bringing this to our attention.) The author, at the Research Center of Science Systems, Japan Society for the Promotion of Science (JSPS), Tokyo, Japan, explains: 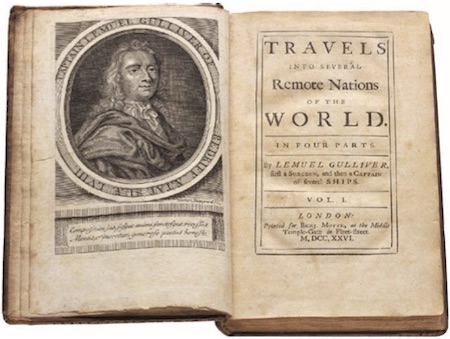 “Gulliver’s Travels by Jonathan Swift, published in 1726, was analyzed from the viewpoint of scaling in comparative physiology. According to the original text, the foods of 1724 Lilliputians, tiny human creatures, are needed for Gulliver, but the author found that those of 42 Lilliputians and of 1/42 Brobdingnagians (gigantic human creatures) are enough to support the energy of Gulliver. The author further estimated their heartbeats, respiration rates, life spans and blood pressure…. Their blood pressures were estimated with reference to that of the girafe and barosaurus, a long-neck dinosaur. Based on the above findings, the food requirement of Gulliver in the original text should be corrected after almost three centuries.”

This, Kuroki further explains, was an almost-complete surprise:

“It is indeed surprising for me that nobody noticed this simple error for three centuries since publication in 1726. To the best of my knowledge, the only two exceptions are Max Kleiber, University of California at Davis, who published in 1967 a book chapter on this issue, but used misestimated values of Lilliputian height and did not take BMI into account . More recently, in 2014, A. J. Hulbert, University of Wollongong, Australia, published an article on Kleiber’s law, in which Gulliver’s Travels were briefly mentioned.”

Toshio Kuroki has expertise in identifying errors. In an interview last year with Retraction Watch, he talked about his discoveries about the question “How often do scientists who commit misconduct do it again?” He and colleague Akira Ukawa lavish more details about that in a paper of theirs called “Repeating probability of authors with retracted scientific publications.” 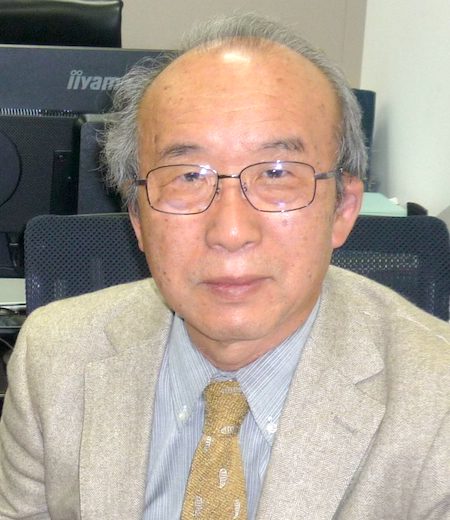