Medical Energetics Ltd. of Galway, Ireland, has just been granted (Nov. 2018) a US patent for the invention of ‘Agricultural applications of a double helix conductor’ (DHC)

The extraordinariness of which can probably only be appreciated by reading the patent document [click link or image above].

The company has also applied for another patent (March 2017) in which the DHC relates to humans rather than plants : ‘Health Applications of a Double Helix Conductor’ 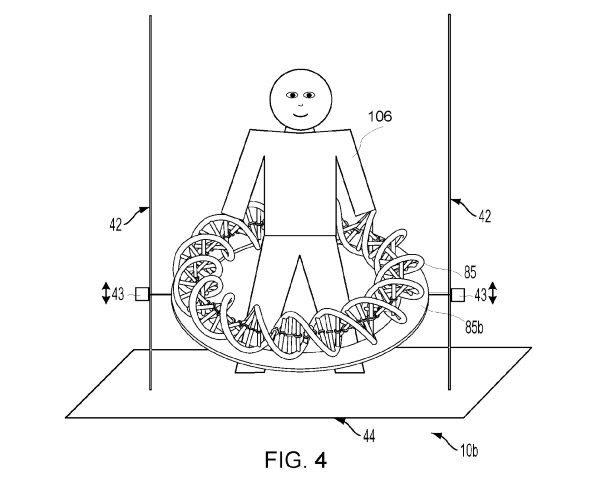 In this case, the DHC can be connected to an audio amplifier which can replay previously recorded sound samples into the coils :

“For example, sound signals having one or more specific frequencies, waveforms, waveshapes, and/or amplitudes may have regenerative effects and/or other health effects. In some embodiments, the sounds may include human voices producing one or more of the following sounds: “Om,” “Uh,” Όοο,”, “Oh,” “Ah,” “Eye,” “Aye,” “Eee,” and/or other sounds and/or phrases.”

Note: The Irish company is likely to be an affiliate of, or associated with, or linked in some way to Medical Energetics USA Inc. of San Diego, California, US, which holds a series of patents for Double Helix Conductor (DHC) devices.