The game of hockey generates both action and statistics. Does it generate crime, now more than ever? This police study analyzes that and other questions: 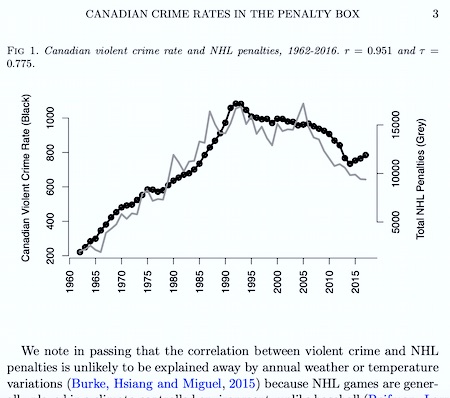