It was back in the 1950’s that Dr Paul Nogier of Lyon, France, noticed that it’s possible to superimpose an image of a human fetus onto one of the human ear [see dwg.] 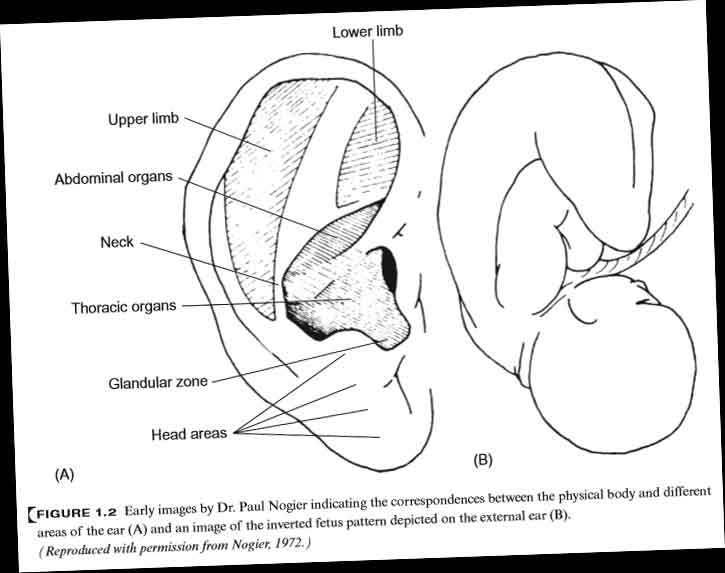 “More scientific research should be performed to improve the scientific credibility of auriculotherapy.”

Note: Enthusiasts of Reflexology believe that areas on the foot (and/or the hand) rather than the ear, also correspond with organs in the “zones” of the body.

The illustration is from Auriculotherapy Manual, 4th Edition • 2014 (Churchill Livingstone, £59.39)