Tom Steitz has died; his obituary is in New York Times. He was half of a marriage of two great and celebrated chemists, who met while they were grad students of the great and celebrated Professor Lipscomb, whom many of you saw and met at two decades of Ig Nobel Prize ceremonies.  (We met at a memorial for Bill Lipscomb, in 2011.)

Tom and Joan are the glamorous mystery couple featured on the back cover of the special Professor Lipscomb issue (vol. 17, no. 4, 2011) of the Annals of Improbable Research., along with a clarinet player named William Lipscomb. 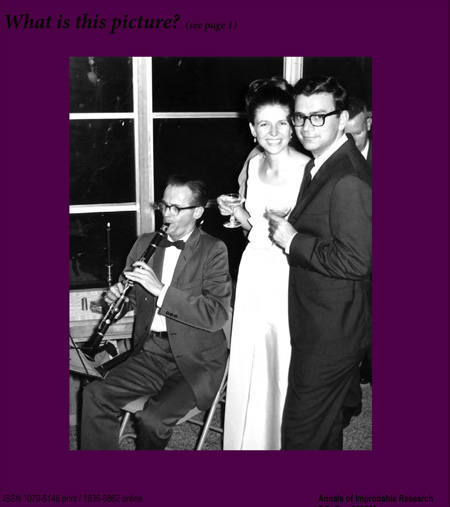 Thomas A. Steitz, a towering figure of late-20th-century science who shared a Nobel Prize in Chemistry for figuring out the structure of a huge molecule central to translating the genetic code into the proteins that make up living matter, died on Tuesday at his home in Branford, Conn. He was 78….

…he went to Harvard for graduate school. Dr. Steitz decided then and there to become an X-ray crystallographer. He joined a group led by William N. Lipscomb, the only scientist at Harvard using that technique. Dr. Lipscomb was awarded the chemistry Nobel Prize in 1976….

After Cambridge Dr. Steitz began a long career at Yale, which also hired his wife, Joan Argetsinger Steitz, an eminent molecular biologist and recipient this year of a prestigious Lasker special achievement award in medical science…. 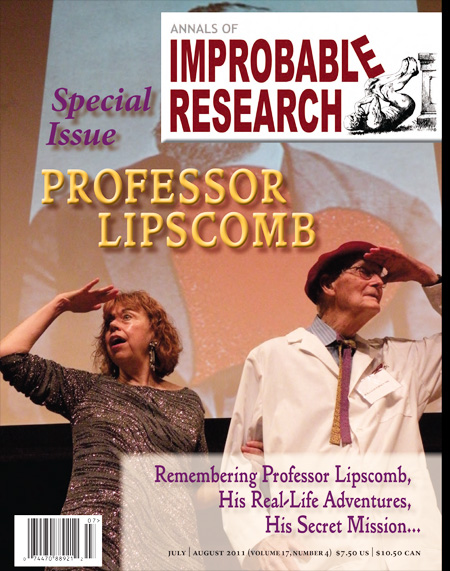