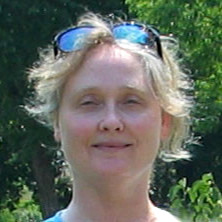 Annmarie Throckmorton sent us this note today, expressing her level of delight at the Ig Nobel Prizes:

And Science wonders why more little girls don’t go into STEM education. The answer for Improbable is that no one wants to be publicly called “poo” which is a synonym for SHIT. How mean and stupid are you? There is a lot of sneaky passive-aggressiveness, and toward a child no less, in what the Ig Nobels do each year.

“Established in 1991, the Ig Nobels are a good-natured parody of the Nobel Prizes…Acceptance speeches are limited to 60 seconds, strictly enforced by an eight-year-old girl nicknamed “Miss Sweetie-Poo,”*
Source: https://arstechnica.com/science/2018/09/the-serious-science-of-the-ig-nobel-prizes-will-make-you-laugh-then-think/

Again, there is nothing “good natured” about publicly addressing an eight-year old girl as “Miss Sweetie-Poo.” The fact that the Ig Nobels were founded by Marc Abrahams, who is editor and co-founder of the Annals of Improbable Research explains the scatological humor, the cruelty of it belongs to everyone associated with it. Each and everyone associated with this mean nonsense should grow up and speak up to stop the “poo” denegation when you see/hear it. For almost twenty years a little girl has been called “poo” at your “festivities”. That is disgusting.

You do NOT need to reply to me, I do not care about you, I do not want to hear from you, just stop calling the little girl shit.

If you are not familiar with the STEMinal accomplishments of Miss Sweetie Poo, offend yourself by watching this video highlight reel, which we made for the 25th First Annual Ig Nobel Prize ceremony, three years ago: