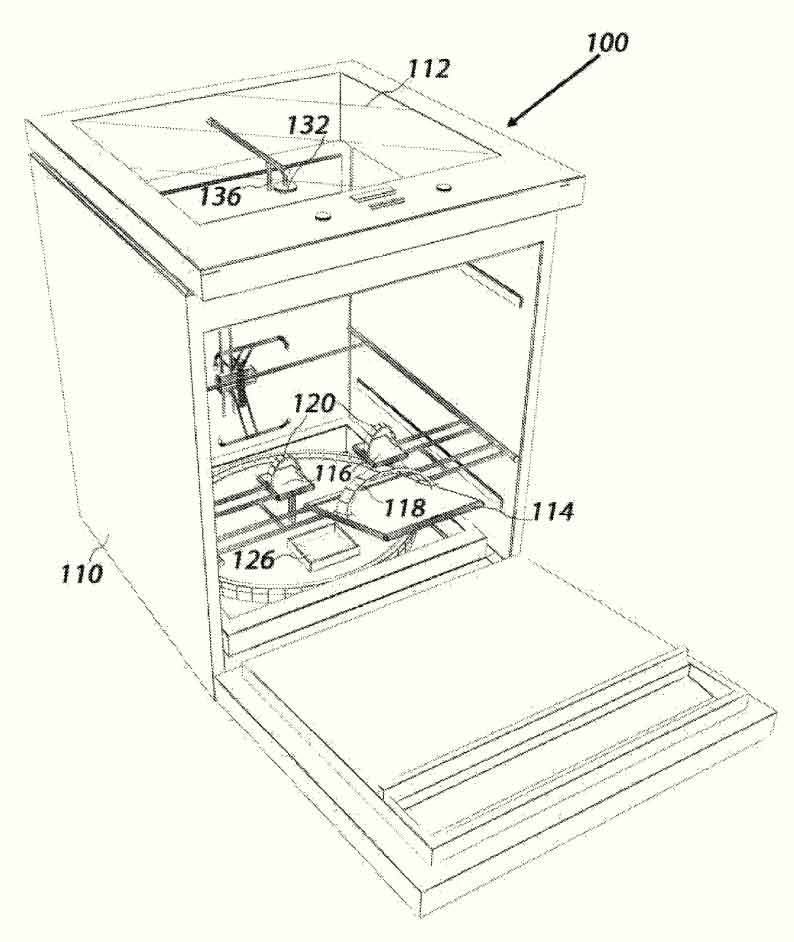 Many are already accustomed to leaving the task of cleaning and drying the dirty dishes to a dishwasher – what if it were possible to do something similar with an infant in need of a diaper* change? A newly issued US patent granted to inventor Iman Farahbakhsh, of Quchan, Iran, explains the concept :

“Changing diapers is an art that many parents or caregivers may find difficult to acquire or perform conveniently.

The apparatus may be said to be automatic in some implementations, in that once the infant is placed inside the apparatus, various steps may in some cases by carried out automatically without needing the operator to touch the infant or interact manually with the diaper or infant during the changing process, which may create a more sanitary environment for the ambient area and the operator’s hands.”

* That’s ‘nappy’ for our UK readers