ABC News compared the amount of money given to various prize winners. Their report bears the headline “Chart of the day: How cash prizes for prestigious science awards stack up against reality television winners.” They include this remark:

But spare a thought for those who receive Ig Nobel Prizes. The awards — honouring achievements that make you laugh, then think — came with 10 trillion Zimbabwe dollars.

This is the chart ABC prepared: 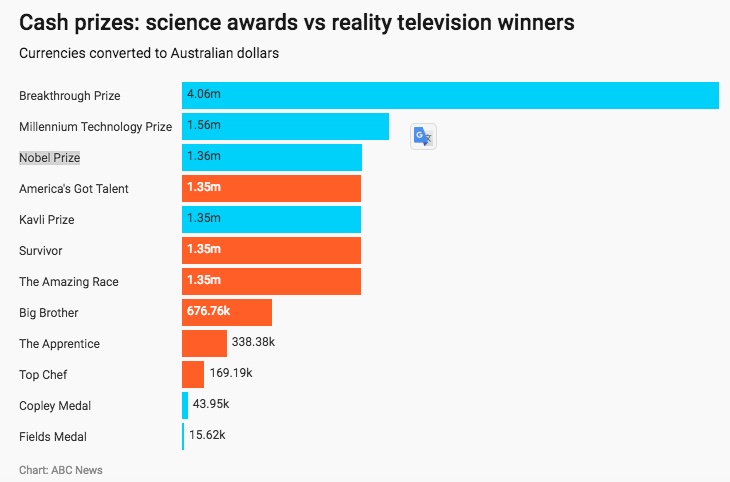 This is a picture of a ten trillion dollar bill: