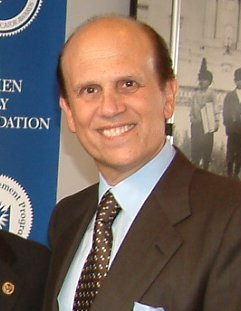 News reports suggest that U.S. President Donald Trump is likely to pardon convicted felon Michael Milken, who in 1991 became the very first person to be awarded an Ig Nobel Prize for Economics.

That 1991 Ig Nobel Prize was awarded to Michael Milken, titan of Wall Street and father of the junk bond, to whom the world is indebted. (Milken was not physically present at that year’s Ig Nobel Prize ceremony, having a previous engagement to appear in a federal prison.)

Some of President Donald Trump’s closest confidants have urged him to pardon Michael Milken, the 1980s “junk bond king” who has unsuccessfully sought for decades to reverse his securities fraud conviction, according to people familiar with the matter….

Ripping up Milken’s conviction — the result of arguably the highest-profile inside trading case ever — would be a blow to federal prosecutors, particularly those overseeing Wall Street. It would also be a rebuke to the judge who oversaw the matter three decades ago and excoriated Milken at his sentencing….

That judgment [in that trial] was delivered by U.S. District Judge Kimba Wood in Manhattan. Wood remains in that seat, and is now in charge of reviewing evidence seized by federal agents from Michael Cohen, Trump’s long-time personal attorney.