The music of Bach and the brains of crocodiles usher in a new era for explorers who use fMRI [functional magnetic resonance imaging] technology. A study documents this bold new step: 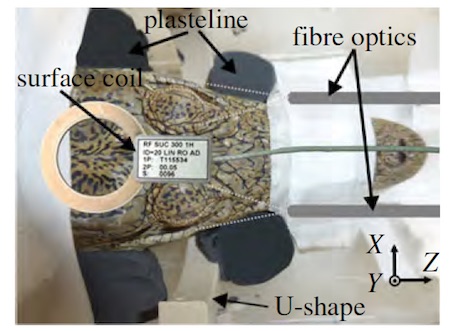 Random chords centred around 1000 or 3000 Hz were used as simple stimuli, while classical music (by Johann Sebastian Bach [(first 12 s of Brandenburg Concerto No. 4]) was used as a complex stimulus. Stimuli were played using a speaker in front of the animals. Stimulation was done in 40 repeated blocks with each block consisting of 12 s sound followed by 18 s silence.

[O]ur study shows that fMRI can be used to investigate neural processing in poikilotherms, providing a new avenue for neurobiological research in these critical species.

This video, below, presents a different performance of Brandenburg Concerto No. 4, the musical work used in the study. The crocodiles were permitted to listen only to the first twelve seconds of the concerto:

BONUS: The 2012 Ig Nobel Prize for Neuroscience was awarded to the authors of the study “Neural correlates of interspecies perspective taking in the post-mortem Atlantic Salmon: An argument for multiple comparisons correction” Craig M. Bennett, Abigail A. Baird, Michael B. Miller, and George L. Wolford, poster, 15th Annual Meeting of the Organization for Human Brain Mapping, San Francisco, CA, June 2009.