“Salami slicing” refers to the practice of breaking scientific studies down into small chunks and publishing each part as a separate paper.

Given that scientists are judged in large part by the number of peer-reviewed papers they produce, it’s easy to understand the temptation to engage in salami publication. It’s officially discouraged, but it’s still very common to see researchers writing perhaps 3 or 4 papers based on a single project that could, realistically, have been one big paper.

But I’ve just come across a salami that’s been sliced up so thinly that it’s just absurd. The journal Archives of Iranian Medicine just published a set of 33 papers about one study. Here they are – this is a rather silly image, but it’s a silly situation…. 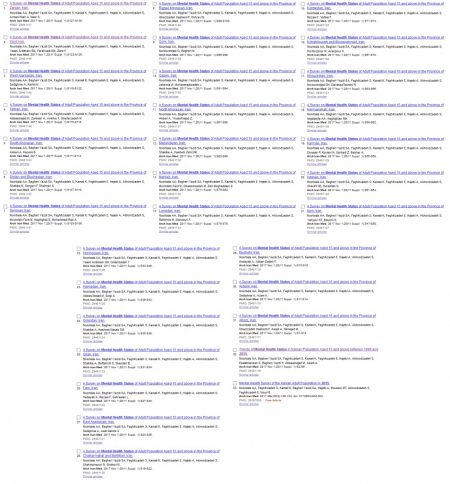