The drive to measure—in advance!—success gets a whack in the computational knee, in this study about an Ig Nobel Prize (and also Nobel Prize) winner’s career: 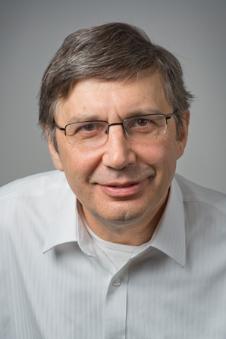 [We] observe that the bibliometric data collected from the Web of Science are not reliable instruments for comparing scientists’ performance because we detected a disregarded subtlety in the database…. To investigate how it can affect scientometric analysis, we have chosen to follow the career of the 2010 winner of the Nobel Prize in Physics, Andre Geim. This is not an arbitrary choice, because his example is an interesting one for [the] major objectives of this work….

In 2000, physicist Andre Geim was awarded the Ig Nobel for his experiments with frog’s levitation (Berry & Geim, 1997). It is important to consider that the Ig Nobel seems to be a kind of joke about scientific activity; however, it is able to provoke profound reflection on many aspects of science. In fact, its motto is “first make people laugh, and then make them think.” Moreover, 10 years later, Geim receives the Nobel Prize in Physics for the isolation of graphene (Novoselov et al., 2004)….

[Jorge] Hirsch proposes an index to predict the future of scientists’ merging quality and quantity into a single number. As far as we are concerned, this proposal of using mathematics probability or statistics, aiming to predict future research achievement, is not possible because the phase transition in a scientist’s career seems not to be predictable by an index or methodology as shown in this work through the example of the Nobel—and Ig Nobel—winner Andre Geim.

Here’s historic video of Andre Geim in his lab levitating a frog (and other things, too):