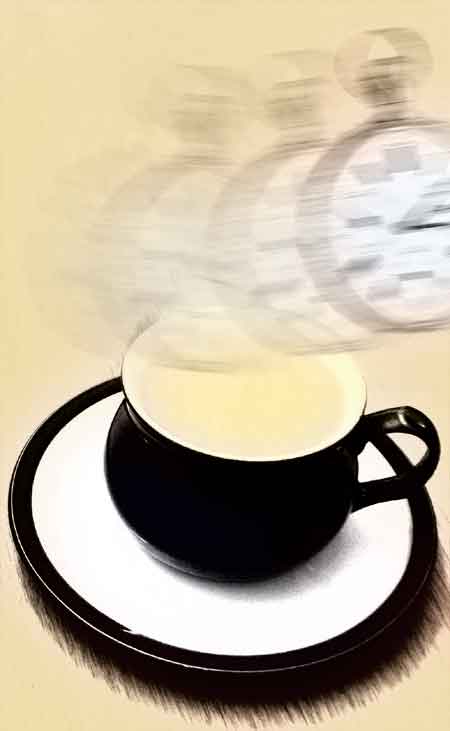 How might a person’s desire be ‘frustrated’ by another person? Philosophers David Birks and Thomas Douglas at the University of Oxford, suggest two ways in the Journal of Value Inquiry, September 2017, using the desire for a cup of tea as an example.

“Suppose that a person, call him Andrew, has a desire to drink a cup of tea. He boils the kettle, pours the hot water into the teacup, places the teacup on a side table, and sits down next to it to wait for the tea to brew. When Andrew looks away, and before he is able to satisfy his desire, Beata quickly pours Andrew’s tea into a nearby plant pot because she believes that caffeine is bad for Andrew’s health. Let us call this example Tea Plant

Now imagine a different case. Andrew has the desire to drink a cup of tea, and then, rather than pouring away the tea, Beata sprays a chemical in the air that stops Andrew drinking that cup of tea: as Andrew begins to lift the cup to his lips, the spray extinguishes his desire to drink the tea. Andrew knows that Beata’s spray was the cause of this change. Let us call this example Tea Spray”

For further consideration –  and seemingly unfettered by the paper’s title – they also give a third example – in the form of a modification to Tea Spray :

“We could modify Tea Spray so that perceptual processes are involved. Let us do this by imagining that rather than spraying a chemical in the air, Beata employs hypnosis to stop Andrew from drinking that cup of tea: she gently swings her pocket watch in front of his eyes, while talking softly to him. As Andrew begins to lift the cup to his lips, the hypnosis causes him, without his knowledge, to enter a hypnotic state, during which the hypnotist extinguishes his desire to drink the tea. To Andrew it appears that he has whimsically changed his mind. Let us call this case Tea Hypnosis.”

BONUS Assignment [optional] Suggest other ways (using a cup of tea) in which one could frustrate the desires of another.