Biologist Dakota McCoy, (seen here performing with a tray of drinks in hand, in “The Incompetence Opera,” part of the Ig Nobel Prize ceremony) has a new study about color in birds. McCoy, together with colleagues Teresa Feo, Todd Alan Harvey, and Richard O. Prum, published “Structural absorption by barbule microstructures of super black bird of paradise feathers,” in the journal Nature Communications. 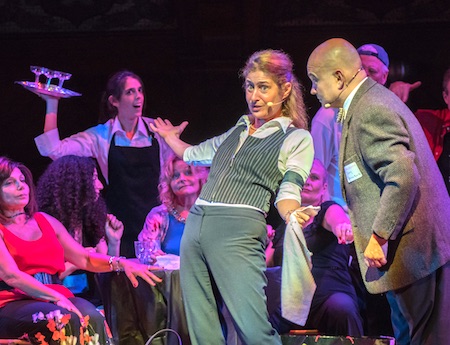 Ed Yong, in The Atlantic magazine, writes an appreciation of the study:

Super-Black Is the New Black
Feathers on birds of paradise contain light-trapping nanotechnology that makes some of the deepest blacks in the world.

Blackbirds, it turns out, aren’t actually all that black. Their feathers absorb most of the visible light that hits them, but still reflect between 3 and 5 percent of it. For really black plumage, you need to travel to Papua New Guinea and track down the birds of paradise.

Although these birds are best known for their gaudy, kaleidoscopic colors, some species also have profoundly black feathers. The feathers ruthlessly swallow light and, with it, all hints of edge or contour. They make body parts seem less like parts of an actual animal and more like gaping voids in reality. They’re blacker than black….

Here are some images from the study: 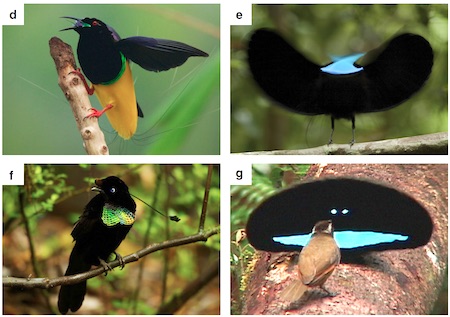