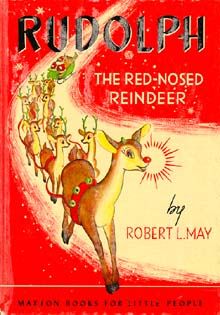 Many years, around Christmas, bright new explanations appear as to why reindeer noses might glow.”Glow” is a word from the song “Rudolph the Red Nosed Reindeer,” but the general discussion centers on the possible redness—be it glowing or be it subdued, be it observed or be it imagined—of a reindeer’s nose.

A new article in the Dutch biology research journal Deinsea furthers the quest. It takes flight from a study published in 2012 in the same journal. (We discussed that 2012 thesis here, under the headline “Physiology: Why Rudolph’s Nose is Red.”)

“Research published in Deinsea by van der Hoven et al. (2012) identifies the cause of Rudolph’s infamous red nose to be the consequence of hyperemia of the nasal mucosa induced by the exertion of pulling a heavy load. Van der Hoven et al. (2012) claim that the excessive stresses endured whilst flying with Santa Claus and the sleigh in tow resulted in cerebral and bodily hyperthermia, overworking the nasal cooling system, causing the nose to glow. Whilst we recognise van der Hoven et al.’s (2012) central tenet of highly vascularized nasal mucosa in reindeer (Rangifer tarandus) helping regulate nasal heat exchange, we concluded that this is unlikely to be the causal factor of Rudolph’s particularly iridescent appendage for multiple reasons, detailed below.”

Here is a photoshopped image of a reindeer nose that is on display in the natural history museum in Rotterdam, The Netherlands. (The museum publishes the research journal Deinsea). Below the photo is a video of a person performing the song “Rudolph the Rednosed Reindeer.” 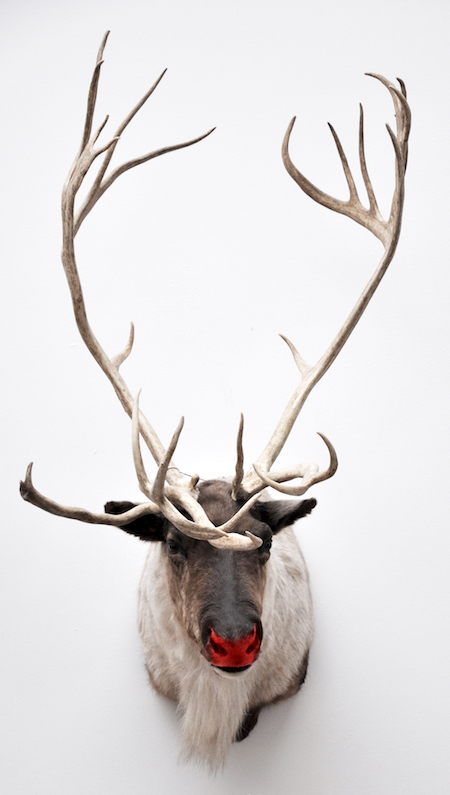 BONUS: Alternative Rudolph’s-red-nose theories appear, like the reindeer of childrens’ desire, whenever humanity needs or wants them. One alternative involves flies that get up a reindeer’s nose. The history of that idea is explored in an article in Wired magazine: “Reindeer Bot Flies Are Not Particularly Festive.”

BONUS (December 24, 2017): “Rudolph, why is your nose so bright? Scientists at Johns Hopkins have an idea.”