“The classic Christmas tale and song ‘Rudolph the red-nosed reindeer’ evoked several theories about the cause of the remarkable colour of the animal’s nose, ranging from (1) a common cold, (2) alcoholic intoxication, to (3) a parasitic infection of the nostrils. Still, there is no conclusive scientific evidence of the nature of Rudolph’s red nose. We found a clue in earlier studies that showed reindeer are able to restrict respiratory heat loss by the use of nasal heat exchange. Work that demonstrated a vascular basis for regulation of nasal heat exchange through capillaries and arterio-venous anastomoses inspired us to use Sidestream Dark-Field (SDF) imaging to examine the microvascular flow in the nasal mucosa of Zoo-kept reindeer (Rangifer tarandus fennicus). We found hairpin shaped ‘radiator-like’ (looping) small blood vessels in the nasal mucosa, which are most likely responsible for the warming and/or cooling of the inhaled freezing arctic air during nasal panting. This led to the following new explanation of the nature of Rudolph’s red nose. The exceptional physical burden of flying with a sleigh with Santa Claus as a heavy load could have caused cerebral and bodily hyperthermia, resulting in an overworked nasal cooling mechanism that resembles an overheated cooling radiator in a car: Rudolph suffered from hyperemia of the nasal mucosa (a red nose) under more extreme heat loads during flight with a sleigh.” 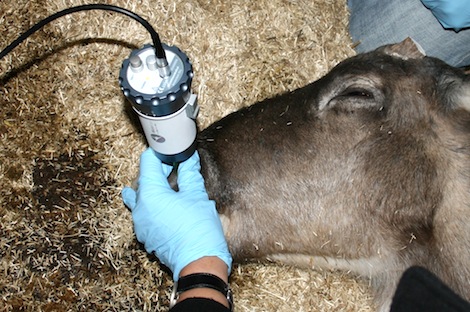 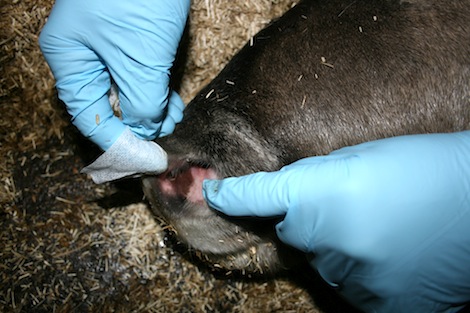 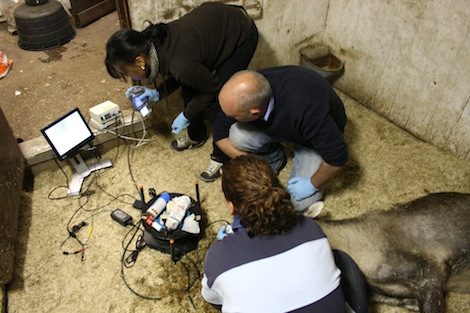 BONUS: Colleagues of these researchers published a study of their own, on the same day, in the BMJ:

BONUS: Performances of the song “Rudolph the Red Nosed Reindeer”: