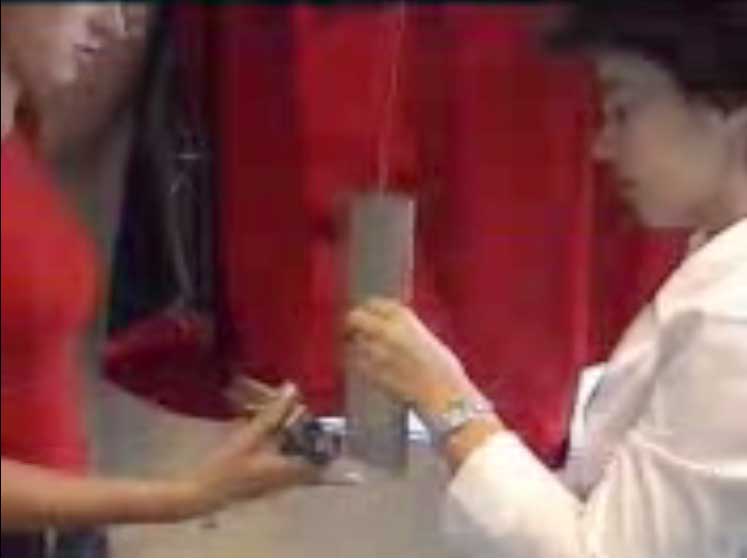 The photo above is a still from a CERN teaching resources video (2014).

“Use a cymbal or metallic plate that can vibrate freely. Use a flash, for example from a camera, hold it close to the plate and flash. You will hear a low tone.

Physics: The moment of the photons are transferred in an inelastic collision to the atoms of the cymbal. This can also be used as an example of energy conversion.”

Not so fast, say Thomas R Moore, Samantha Collin and Nikki Etchnique of the Department of Physics at Rollins College in their paper ‘The singing cymbal : Is it really photon momentum?’

“Although it has been generally accepted that this is a demonstration of the effects of photon momentum, and the idea promulgated by a world-class institution such as CERN, this does not necessarily make it so.”

Their experimental and theoretical study found that the cymbal does indeed ‘sing’ – but primarily from heating and acoustic effects caused by the camera flash. Only a tiny fraction of the vibration, they say, is due to photon momentum transfer effects – equivalent to dropping just one grain of salt onto the cymbal (with inaudible results).

NOTE: Unfortunately, CERN’s ‘Singing Cymbal’ experiment is now off-line – but an archive from 2014 is available here. The video itself is available in a somewhat obsolete format (.rm) here.