The gentle pulsing in size of body parts is one of Nature’s seasonal wonders. Evidence of this — with skulls and penises, respectively — is documented in two (well, three) studies published this year. 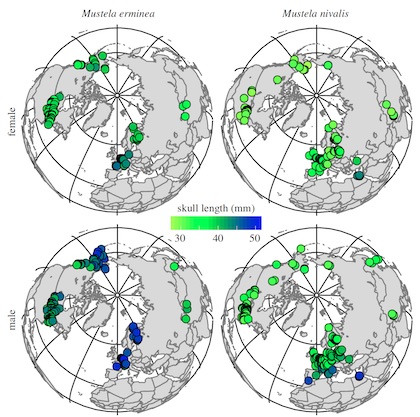 [We quantified] the effect of location, Julian day, age and sex on the length and depth of 512 and 847 skulls of stoat (Mustela erminea) and weasel (M. nivalis) specimens collected throughout the northern hemisphere…. Standardized braincase depths of both species peak in their first summer, then decrease in their first winter, followed by a remarkable regrowth that peaks again during their second summer. 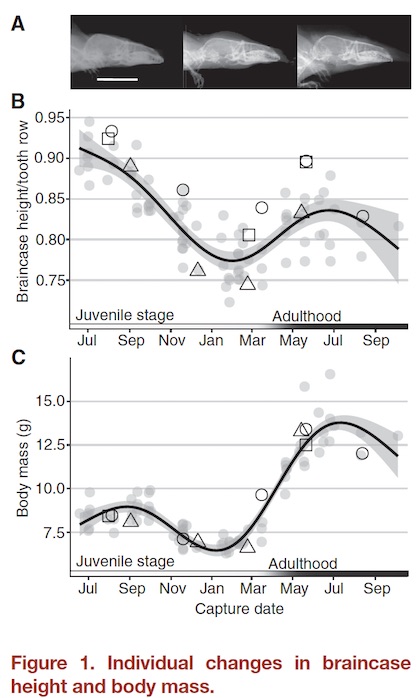 Some Ducks Grow Bigger Penises In Some Social Circumstances 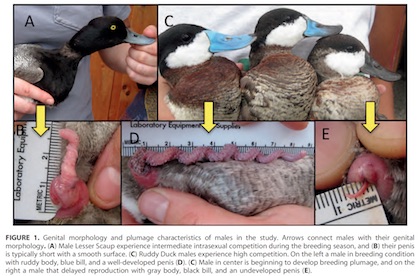 Here we examined whether penis morphology is affected by social environment. We found experimental evidence that in a male-biased social environment, consisting of several males and fewer females, the penis in Lesser Scaup (Aythya affinis) grew longer in 2 separate years, than in males housed in pairs, as predicted if male–male competition influences penis morphology. In Ruddy Ducks (Oxyura jamaicensis), males instead showed evidence of reproductive delays that were explained both by a male’s size and his social environment: most males in social groups exhibited shorter penises, variable onset and duration of genital maturation, and faster penis growth rate.