Fruit flies can be measurably affected by explosion-puffed coffee, suggests this new study:

The authors, at several institutions in South Korea and the USA, report:

“Results of the underlying mechanism of the behavioral change patterns of explosive puffed [coffee]  with or without caffeine in Drosophila models, transcript level for the Dop1-R1 receptor in caffeine group was significantly higher than normal, PB, and DePB groups. Flies exposed to the caffeine had significantly decreased transcript levels for the GABA receptors. PB 7.5 and DePB showed higher level of GABA content than RB.” 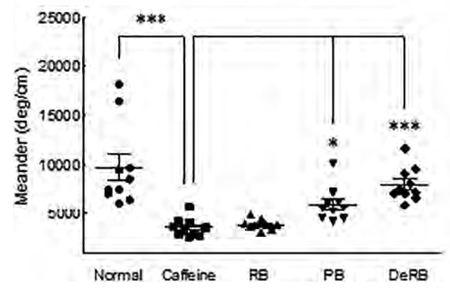