Building indirectly on Ig Nobel Prize-winning research, a 2015 study warns about the number of insects killed in collisions with cars, trucks, and other motor vehicles. The study is: 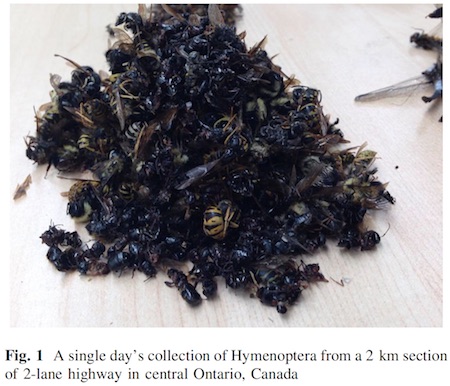 “Over the last few … numerous pollinating insect populations have declined substantially. The causes of these declines are multifaceted and synergistic, and include pesticides, herbicides, monoculture, urbanization, disease, parasites, and climate change. Here, we present evidence for a generally understudied yet potentially significant source of pollinator mortality, collisions with vehicles…. We documented road mortality of pollinating insects along a 2 km stretch of highway in Ontario, Canada and used our findings to extrapolate expected levels of road mortality across a number of landscape scales.” 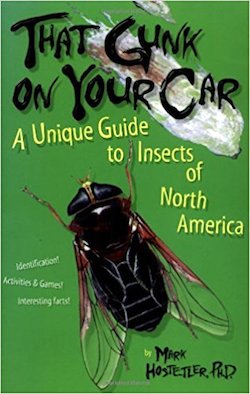 The 1997 Ig Nobel Prize for entomology was awarded to Mark Hostetler of the University of Florida, for his scholarly book, That Gunk on Your Car, which identifies the insect splats that appear on automobile windows.

Sarah Knapton interprets the situation, in a report in The Telegraph, under the headline “‘The windscreen phenomenon’ – why your car is no longer covered in dead insects.”