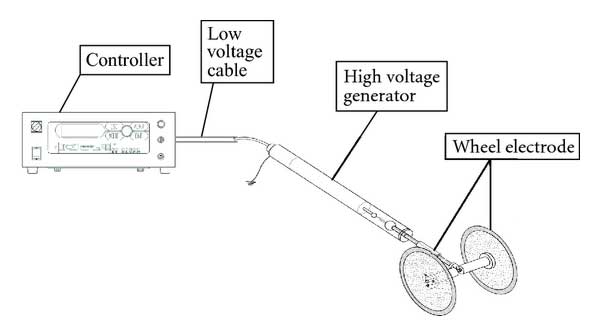 “The SPLG [pictured above] consists of four parts: a controller, connection cable, a high voltage generator, and a wheel electrode. The system is powered by rechargeable AA sized batteries. Lightening [sic] is generated by an epoch-making device which can be disassembled and used elsewhere.”

The epoch-making lightning dispenser was developed by Ferzana Islam and Shoji Ohga at the Department of Agro-Environmental Sciences, Faculty of Agriculture, Kyushu University, Japan, and is intended to give high voltage electric shocks to mushrooms – specifically Shiitake (椎茸) mushrooms.

“After applying the electric stimulator to the specific area, the numbers of mushroom were increased more than twice. Remarkable changes were also observed by weight gaining of the fruit bodies which increased 67% in the first harvest and 69% in the second harvest, and besides length was increased by 65 to 113%. [pictured below]” 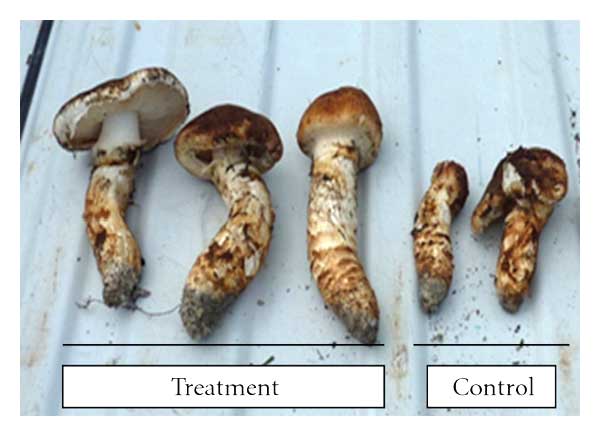 In their report, the team didn’t speculate about why giving the mushrooms electric shocks might make them grow faster and bigger, other than to note :

“ As the mechanism of fruit body formation is not still fully understood, it needs further more research work.”