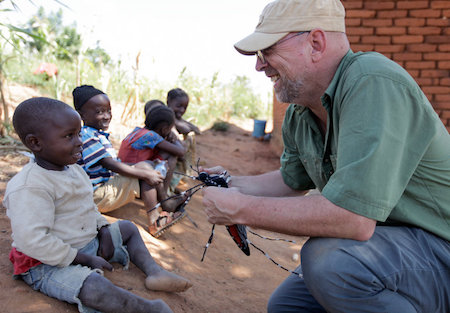 Here’s a promotional chunk of the film:

Knols and Ruurd de Jong were awarded the 2006 Ig Nobel Biology Prize, for showing that the female malaria mosquito Anopheles gambiae is attracted equally to the smell of limburger cheese and to the smell of human feet. Here are some of their prize-winning studies: