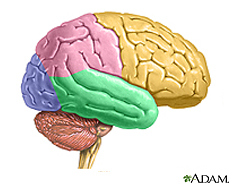 Sugar explanation 1.) You could, if you wanted to, read this article about brains and then conclude that eating larger amounts of sugar is what gave us big brains. If you wanted to, you could argue that. The article is called “What Really Made Primate Brains So Big? — A new study suggests that fruit, not social relationships, could be the main driver of larger brains.”

It says, in part:

That makes sense, because fruit is much more nutrient-dense source of food than foliage, says Katherine Milton, a physical anthropologist at the University of California at Berkeley who researches primate dietary ecology, and was not involved in this study. “Because highly folivorous [leaf-eating] primates are generally taking in less ready energy per unit time than highly frugivorous [fruit-eating] primates, one would think their brain size would correlate with this dietary difference,” Milton said…

“The cognitive complexity that is required to become more efficient at foraging for those things would also provide the selective pressure to increase brain size,” DeCasien says.

Sugar explanation 2.) You could, if you wanted to, read this article about sugar and then conclude that eating larger amounts of sugar is killing off humanity. The article is called  “Sweet poison: why sugar is ruining our health“.