An international team of mouse-massaging immunopharmacology researchers shares some of its secrets for massaging mice with a paintbrush or with gloved human hands, in this study: 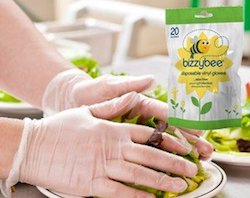 “Brush and hand stroked mice were stroked at a pressure of 100-150 mmH2O (or 7-11 mmHg) and at a speed of about 3 cm/sec according to a previously described protocol, whereas control mice were not touched (by hand or brush) throughout the 60-minute treatment. Brush stroking was applied using a No.5 da Vinci paintbrush while hand stroking was applied using three fingers of the preferred hand of the investigator as previously described. For the hand-stroked treatment, the experimenter wore Bizzybee disposable vinyl gloves (Amazon, UK). These odourless gloves reduced human smell but maintained human contact i.e. warmth and pressure. Mice were stroked on the hairy skin found on the posterior dorsal thoracic and proximal hind limb in a cephalocaudal fashion (head to tail).”

Here’s further detail from the paper: 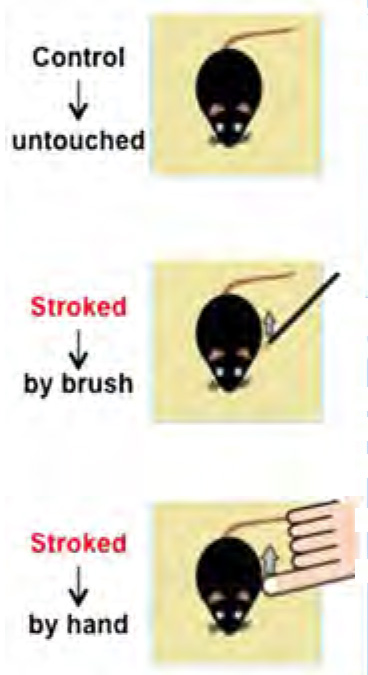 (Thanks to Bart Knols for bringing this to our attention.)