Hot dogs, having caught the attention of two doctors, got a post-postmortem of sorts, in this new study:

The contents of hot dogs (also known as street meat, tube steaks, frankfurters, wieners, etc) have been a source of speculation in popular culture…. The oral mucosa from the vermillion border and anuses of large mammalian domesticated animals has been postulated….

Specimens were procured both from vendors in a public location and from a commercial supermarket…. Sections from all specimens showed similar histological composition. [The] majority of the cross-sections of hot dogs consisted of fat globules. There was a wide but consistent range of tissues present, including but not limited to: bone, cartilage, blood vessels, skeletal muscle and… fragments of vegetable matter…. However, no squamous mucosa was identified.

Here’s further detail — an image from the study: 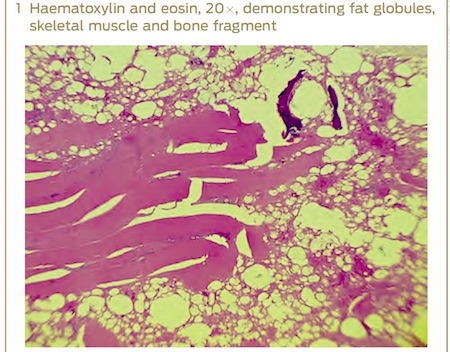 BONUS: The incoming Secretary of Energy for the USA, the government official in charge of overseeing the nation’s nuclear weapons and nuclear weapons research, is reported to have a background in meat: 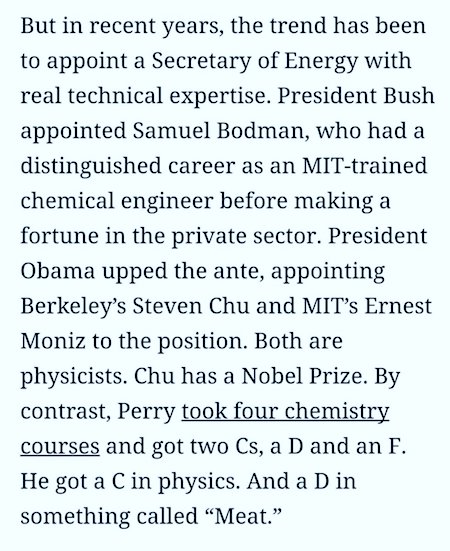