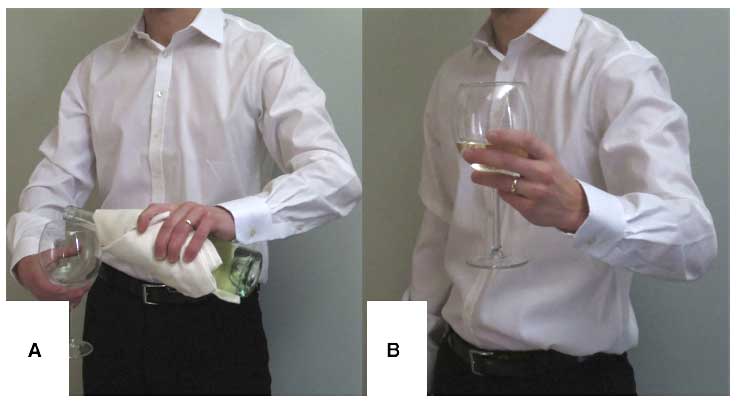 The photo above depicts the newly developed ‘Champagne Toast Position’ test for examining the electromyographic activity of the supraspinatus muscle. A research team from the Department of Orthopaedic Surgery, Rush University Medical Center, Chicago, US, developed the test as a more effective alternative to Jobe’s test (a.k.a. the Empty Can Test) . . .

“[…] numerous studies have demonstrated Jobe’s test (also referred to in the literature and in common communication as the empty can test) to be insensitive, nonspecific, and inaccurate.”

“[…] in the course of the trials, subjects were instructed to ‘make a toast’ to position the shoulder in relative ER [external rotation]. Subjects were instructed to ‘pour a glass out onto the floor between their shoes’ to position the shoulder in relative IR [internal rotation]. Again, this was to attempt to provide a familiar activity cue to the patient for position and action.”

“Testing of abduction strength in the champagne toast position, i.e., 30º of abduction, mild ER, and 30º of flexion, better isolates the activity of the supraspinatus from the deltoid than Jobe’s empty can position.”

See: ‘The champagne toast position isolates the supraspinatus better than the Jobe test: an electromyographic study of shoulder physical examination tests’ in the Journal of Shoulder and Elbow Surgery, Volume 25, Issue 2, Pages 322–329 (2016)