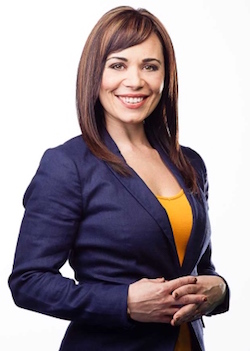 This video shows the moment when Maralee Caruso, anchor of the six-o’clock news on CTV News in Winnipeg, discovered the Ig Nobel Prizes. Caruso reported on only one of the ten new Ig Nobel Prize winners: Thomas Thwaites, who shared this year’s biology prize, for creating prosthetic extensions of his limbs that allowed him to move in the manner of, and spend time roaming hills in the company of, goats.

Caruso did not mention the two Ig Nobel Prizes that were awarded this year to Canadians.

Thanks to Richard Baguley for bringing this to our attention.)