Pokémon scholarship reached its height with the study “A Phylogeny and Evolutionary History of the Pokémon“,  by Matan Shelomi, Andrew Richards, Ivana Li, and Yukinari Okido, which was published in the Annals of Improbable Research, vol. 18, no 4, June/July 2012. Here’s a bit of detail from that study (click on the image to see the entire study): 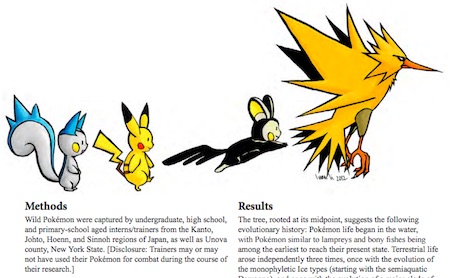 Their institution, The University of California, Davis, wrote about the study and its impact.

Pokémon is the latest once-obscure academic topic to become wildly popular (thanks in this case to the Pokémon Go app) with the public.

Thanks to the Pokémon Go app, Pokémon characters now inhabit many academic institutions. Here is an action photo taken this week at the Natural History Museum in Rotterdam (the institution famed for its role in Dead Duck Day): 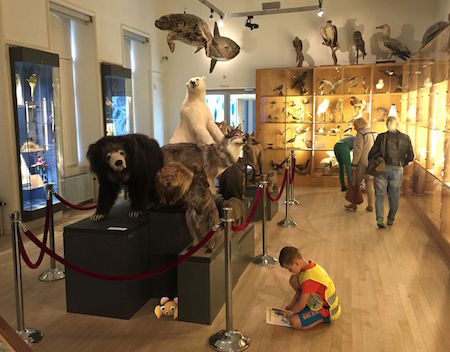