Ig Nobel Prize winner Justin Schmidt‘s new book, The Sting of the Wild, has just been released into the wild. It’s a firsthand account of being stung by many insects, told with deep love and understanding of most of those insects, and with wild appreciation of the power and variety of those stings. 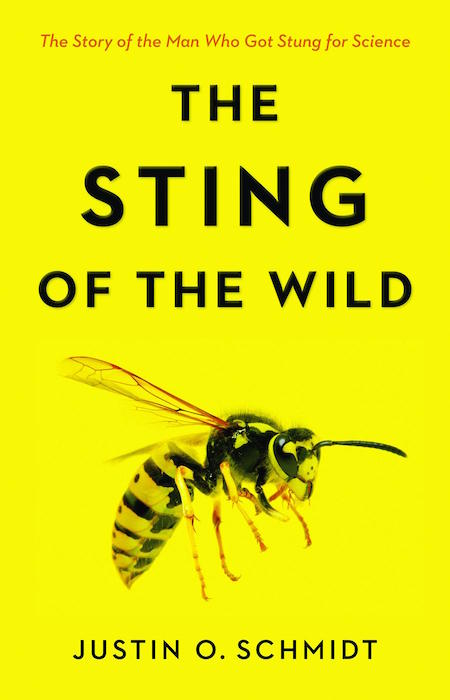 The 2015 Ig Nobel Prize for physiology and entomology (the prize was awarded in a joint category) was awarded jointly to two individuals: to Justin Schmidt, for painstakingly creating the Schmidt Sting Pain Index, which rates the relative pain people feel when stung by various insects; and to Michael L. Smith, for carefully arranging for honey bees to sting him repeatedly on 25 different locations on his body, to learn which locations are the least painful (the skull, middle toe tip, and upper arm). and which are the most painful (the nostril, upper lip, and penis shaft).

Their research is documented in these two studies:

BONUS: Watch video of Justin Schmidt and Michael Smith being awarded their prize at the 2015 Ig Nobel Prize ceremony.