A new patent from inventor Yee Chong Leung of Shatin, Hong Kong provides a warm cap for a pet (say, for example a dog) – but its key feature is that it also operates as an electronic ‘Visual Muzzle’. 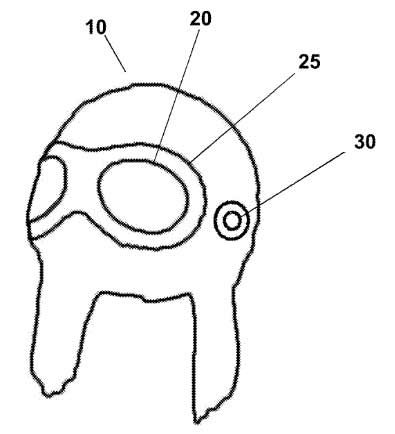 Wearing the cap, the pet is obliged to look though goggles made of smart glass or plastic which can instantly turn opaque when electronically activated. The helmet also incorporates a camera system linked to an image processor which is programmed to identify (in real time) living creatures which could be possible victims of a dog attack. If the system detects a potential victim nearby, the goggles immediately become opaque – “such that the pet is temporarily impaired from seeing anything.“