“This is the first comparative study on the mechanical properties of pinniped mystacial vibrissae.”

– explain a team of researchers from Texas A&M university and West Chester University, US. 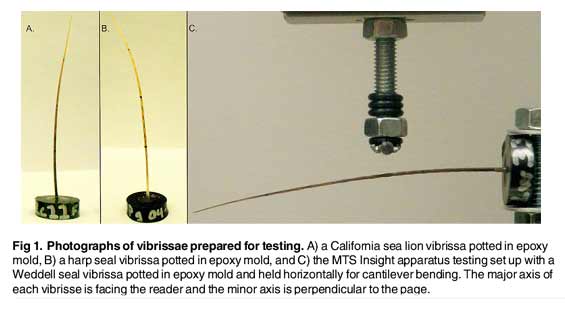 “We suggest that the variation in flexural stiffness in pinniped vibrissae results in variation in resonance frequencies of hair shafts that interact with the beaded morphology to provide a greater resolution of hydrodynamic reception in phocid seals with beaded vibrissae.”