A German/Austrian study suggests that even heavy marijuana smoking has little affect on bicyclists’ bicycling performance. The study is: 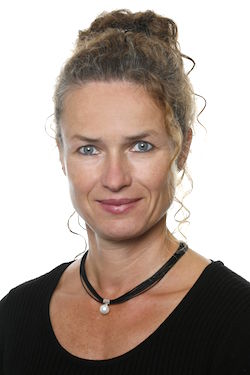 “To assess the effects of cannabis on the ability required to ride a bicycle, repetitive practical cycling tests and medical examinations were carried out before and after inhalative consumption of cannabis. A maximum of three joints with body weight-adapted THC content (300 μg THC per kg body weight) could be consumed by each test subject. Fourteen regular cannabisconsuming test subjects were studied (12 males, 2 females). In summary, only a few driving faults were observed even under the influence of very high THC concentrations.”

Here’s further detail from the study, showing (schematically) the course that the toked bicyclists were made to ride on their bicycles: 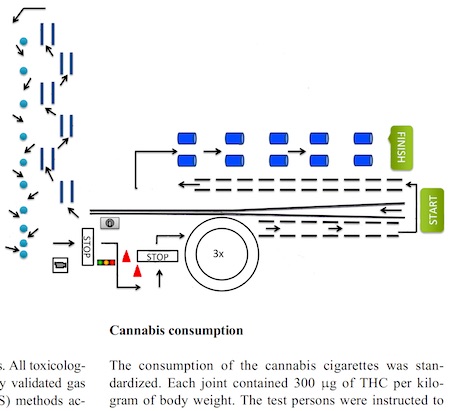 BONUS: Some of the same researchers had previously been celebrated for an opposite sort of conclusion (which did not involve bicycles): “Doctors criticized for ‘cannabis can kill’ study“, in one of their earlier studies.