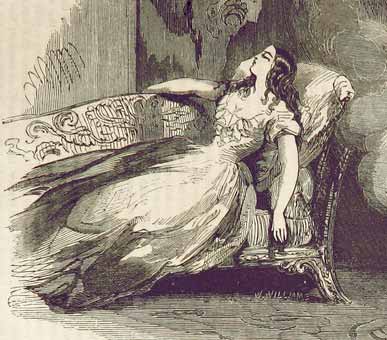 Have you ever been presented with an opportunity to cheat, but, paradoxically, just didn’t have the energy to bother? You may have been suffering from ‘Ego-Depletion’. According to professors Kai Chi (Sam) Yam, Xiao-Ping Chen, and Scott J. Reynolds, conducting investigations at the Management and Organization department at the Foster School of Business, University of Washington, US, paradoxical effects (such as ‘ego-depletion’) can sometimes leave people in a condition which might be described as ‘too tired to cheat’.

“[ego-] depleted participants are less likely to engage in unethical behavior of high social consensus as a result of increased subjective fatigue.”

Also see: The Influence of Time of Day on Unethical Behavior

Note: The illustration is taken from page 113 of ‘The Mysteries of the Court of London … With … illustrations’ courtesy the British Library

Also note: “Sleep-deprived people are more likely to cheat” writes Christopher M. Barnes, assistant professor of management at the University of Washington’s Foster School of Business, in this May 2013 article for Harvard Business Review.