Schulman and Debowy have prepared a new study, called “WHO WILL WIN THE 2016 U.S. PRESIDENTIAL ELECTION?” They have also created a related Facebook page, for everyone who would like to analyze or bloviate. 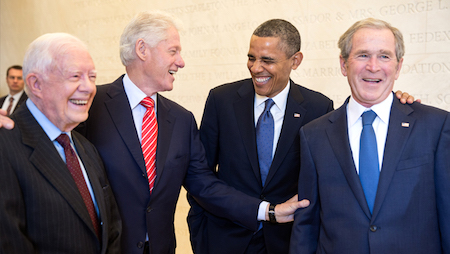 Here are key snippets of the new study:

The Annals of Improbable Research U.S. Presidential Election Algorithm (Debowy and Schulman 2003) correctly predicted the outcome of the 2004, 2008, and 2012 United States presidential elections. Now that the 2016 campaign for U.S. President has officially started, we apply our proven algorithm to 22 potential Republican candidates and 14 potential Democratic candidates for this election.