David Hu, 2015 Ig Nobel physics prize winner (together with several colleagues, for testing the biological principle that nearly all mammals empty their bladders in about 21 seconds, plus or minus 13 seconds ) has a new paper out, written with colleague Guillermo Amador. Their institution, Georgia Tech, describes it:

Researchers have combed through more than two dozen studies and taken surface measurements of 27 mammals and insects to better understand how animals are able to clean themselves.

The findings could have implications for keeping structures built by humans—such as sensors, robots, and drones—free from pollutants, pollen, and dirt.

The research team focused on the many ways hair allows animals to both get dirty and remain dirt-free. The researchers found that a honeybee has the same number of hairs as a squirrel: 3 million. That’s nothing compared to butterflies and moths—each has nearly 10 billion hairs. The human head, as a comparison, has just 100,000….

Here is a four-minute-long video of a cat cleaning itself:

Here’s a photo of David Hu (the photo was taken by Alexey Eliseev) at the 2015 Ig Nobel Prize ceremony, receiving his prize from Nobel laureate Dudley Herschbach: 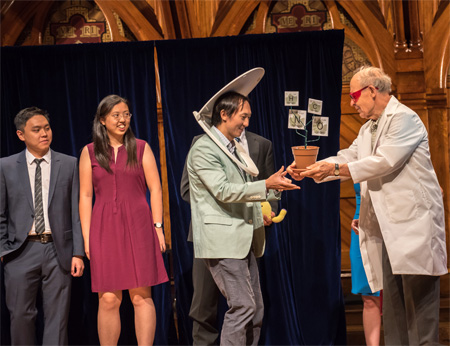 MATHEMATICAL BONUS: How to integrate over the surface of a horse, by Ig Nobel Prize winner (with colleague Andre Geim, for using magnets to levitate a frog) Michael Berry. 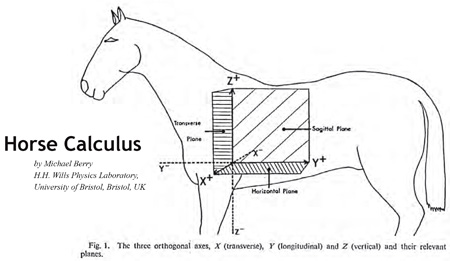