Rob Lowe and two colleagues write about their research on men’s ratings of the sexual attractiveness of adolescent girls in Bulgaria. Their study is:

“we examined ratings of sexual attraction to photographs of (the same) adolescent girls (Tanner stages 3–4) labelled as either 14–15 years or 16–17 years old, women, and men. Ratings were made by Bulgarian heterosexual men by pressing buttons on a response box which recorded the ratings made and the time in milliseconds taken to respond. Despite the age of sexual consent in Bulgaria being 14 years, the pattern of findings did not differ from those found in the UK, where the age of consent is 16 years. That is, mean ratings of the sexual attractiveness of the girls labelled as younger were lower than those of the (same) girls labelled as older, and those of the women.”

Here’s a wordy graphic from the journal’s publisher: 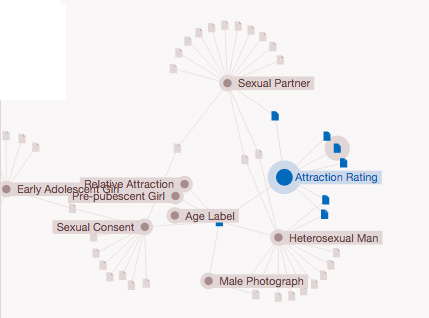