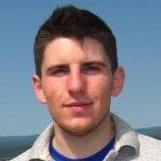 “For more than a decade now, research has demonstrated that action video game players display more efficient visual attention abilities, and our current study has once again confirmed this notion,” says first author Dr. Gregory West [pictured here]. “However, we also found that gamers rely on the caudate-nucleus to a greater degree than non-gamers. Past research has shown that people who rely on caudate nucleus-dependent strategies have lower grey matter and functional brain activity in the hippocampus. This means that people who spend a lot of time playing video games may have reduced hippocampal integrity, which is associated with an increased risk of neurological disorders such as Alzheimer’s disease.”

Because past research has shown video games as having positive effects on attention, it is important for future research to confirm that gaming does not have a negative effect on the hippocampus. Future research using neuroimaging will be necessary to further qualify our current findings, and these studies should investigate the direct effects of specific video games on the integrity of the reward system and hippocampus.

The key phrase: “it is important for future research to confirm that gaming does not have a negative effect on the hippocampus“.

Reports in the The Telegraph and the Daily Mail add importance to the discovery, with the headlines “Call of Duty increases risk of Alzheimer’s disease” and “Could video games increase your risk of Alzheimer’s? Navigating virtual worlds can reduce grey matter and make you prone to mental illness, claims study“.