Humans who study animals sometimes quarrel about exactly what they are seeing. The ape Mafuka was the subject of one such quarrel: 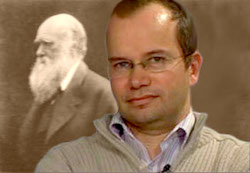 “In the summer of 1875, the ape Mafuka, a main attraction at the Dresden Zoological Gardens, became an international sensation. While she had been considered a chimpanzee from the time she arrived two years earlier, some of her visitors now claimed that she was in fact a gorilla, a creature that no European except a few explorers had ever seen alive. Since the ﬁrst description of this curious animal in 1847, all attempts to bring a living specimen to a zoo had failed, hence the excitement and also the national pride expressed in the German media. Yet the recategorization was disputed and the debate about Mafuka’s species continued until after her death in December 1875.”