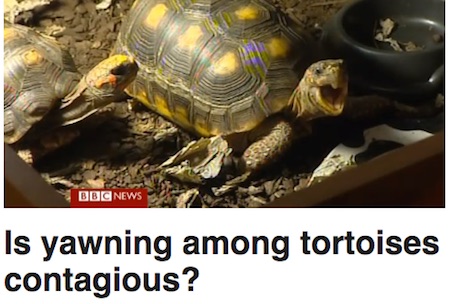 A Nobel prize may be the most sought after gong in the scientific world, but a lecturer from the University of Lincoln has picked up the next best thing.

Dr Anna Wilkinson has won an Ig Nobel prize, to honour achievements that first make people laugh and then make them think.

The award was given for her experiments into whether yawning among tortoises is contagious.