A birthing machine — that spins a pregnant woman at high speed until the child comes flying out — is on display in this week’s Improbable Research podcast. 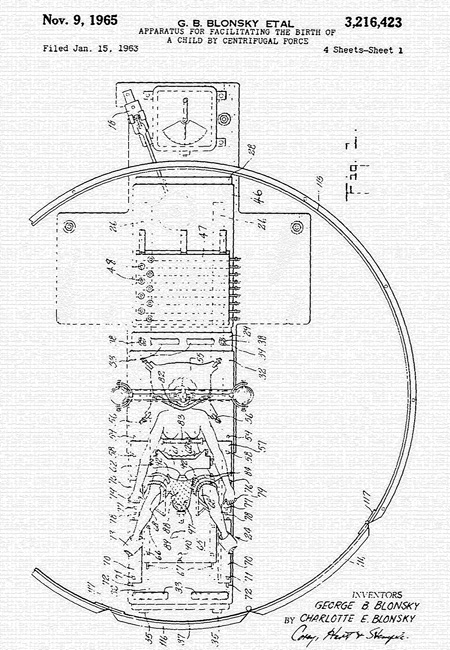 The podcast is all about research that makes people LAUGH, then THINK — research about anything and everything, from everywhere —research that’s good or bad, important or trivial, valuable or worthless. CBS distributes it, both on the new CBS Play.it web site, and on iTunes.