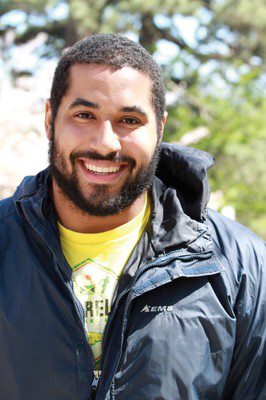 John Urschel is not your ordinary National Football League offensive lineman. He may be a professional football player by day, but by night he is a spectral graph theorist (and numerical linear algebraist). His latest paper has now been accepted for publication in Journal of Computational Mathematics. Urschel announced via Twitter that his paper had been officially accepted for publication. (Based on my googling, the final version of the paper hasn’t yet appeared.)

Here is the paper’s abstract as it appears in the preprint:

In this paper, we develop a cascadic multigrid algorithm for fast computation of the Fiedler vector of a graph Laplacian, namely, the eigenvector corresponding to the second smallest eigenvalue. This vector has been found to have applications in fields such as graph partitioning and graph drawing. The algorithm is a purely algebraic approach based on a heavy edge coarsening scheme and pointwise smoothing for refinement. To gain theoretical insight, we also consider the related cascadic multigrid method in the geometric setting for elliptic eigenvalue problems and show its uniform convergence under certain assumptions. Numerical tests are presented for computing the Fiedler vector of several practical graphs, and numerical results show the efficiency and optimality of our proposed cascadic multigrid algorithm.

You can read a draft of Urschel’s paper, called A Cascadic Multigrid Algorithm for Computing the Fiedler Vector of Graph Laplacians, on the arXiv preprint server. I just wish that he used his current affiliation on the paper, because that would have been fantastic.

(Thanks to investigator Francis Su for bringing this to our attention.)

Bonus: Many other famous people who are more traditionally associated with non-scientific walks of life have also contributed to science. The people on this list include Danica McKellar, Natalie Portman, Mayim Bialek, and Hedy Lamarr.

Another Bonus: Using the MathSciNet website for examining publication paths between mathematical scientists, you can see that John Urschel’s Erdős number is at most four.

A Third Bonus: Here is Urschel’s academic website at Penn State. He previously published a paper about a topic in celestial mechanics. Urschel also has at least one more paper on spectral graph theory.