Inventor Charles Russell. of Dublin, Ireland, has just received a US patent (Dec, 2014) for his : ‘Drinking vessel fillable from the bottom and apparatus for dispensing a beverage therein’ The glass, which can be used for stout, or other beers, is filled (or refilled) via a special nozzle equipped with a non-return valve. 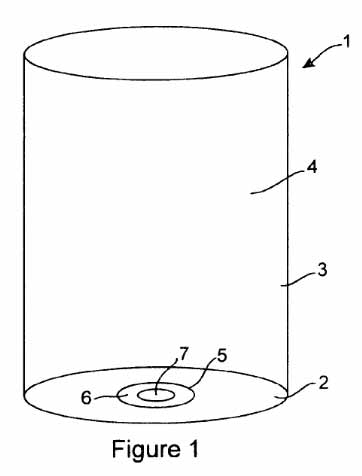 Also see: the 2007 Ig Nobel Nutrition Prize which was awarded to Brian Wansink of Cornell University, for exploring the seemingly boundless appetites of human beings, by feeding them with a self-refilling, bottomless bowl of soup.