Dr. Flaxman studies speciation theory, with particular attention to the genomic patterns left by processes at work during the formation of two species from one.  He is currently building evolutionary population simulations in order to develop quantitative genomic predictions from null and alternative hypotheses.  He holds the title of “Best Mullet, 2013,” awarded for his entry as “The Wolverine” in the 2013 Mountain Sun Mullet and Chops Contest (2/28/13).  His recent publications include “Theoretical models of the influence of genomic architecture on the dynamics of speciation” and “Genetic hitchhiking and the dynamic buildup of genomic divergence during speciation with gene flow“. 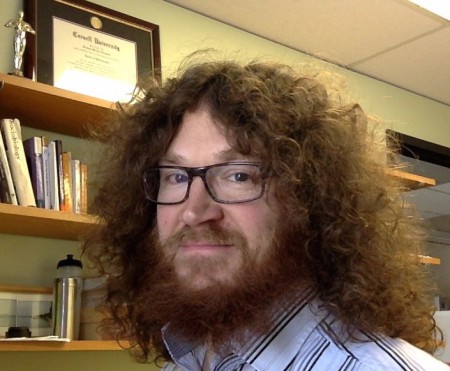