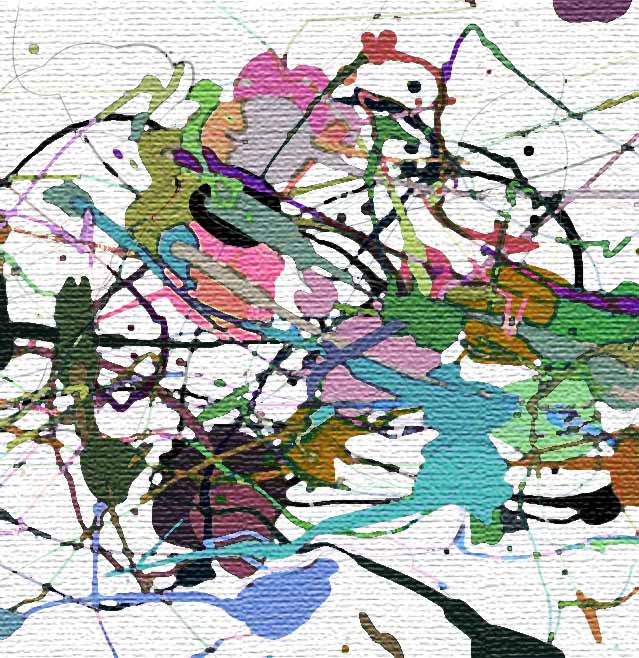 If you look at a Jackson Pollock artwork, are you attracted to it, or repulsed by it – or perhaps you’re not bothered one way or the other? Whatever the answer, it can be said with reasonable confidence that something happens in your brain when you look at it. From a neuroaesthetical point of view then, what might explain the lasting appeal of his works (to Pollock-philes)? A team of investigators from the US, Australia,and Sweden have spent more than 10 years investigating why some people are attracted to the trails of housepaint dribbled and strewn across large expanses of yachting canvas. They ask if the answer may lie in fractals.

“Are the visual characteristics of fractals responsible for the long-term appeal of Pollock’s work?”

“The results […] indicate that fractal images quantified by D = 1.3 induce the largest changes in subjects’ qEEG response (Hagerhall et al., 2008). This supports the proposal emerging from perception studies that these patterns are visually unique. These fractals generated the maximal alpha response in the frontal region, consistent with the hypothesis that they are most relaxing. They, at the same time, generated the highest beta response in the parietal region, indicating that this pattern was conversely generating most activation in the processing of the pattern’s spatial properties. This points to a very interesting interplay between these brain areas for mid-D fractals, which requires further investigation.”

Note: The non-authentic illustrative artwork above was improbably generated with the assistance of Miltos Manetas’s online Pollock Generator,

BONUS: “The Cutting-Edge Physics of Jackson Pollock“, by Lisa Grossman, in Wired.