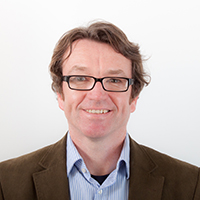 The prize-winning essay about smiling, written by a professor who won an Ig Nobel Prize for his research on swearing and pain , appears in today’s issue of The Guardian. It begins:

How we grin to bear it – the science of smiling

The winning article of the 2014 Wellcome Trust science-writing prize looks at smile research – how they make us feel better, how to fake them and why you should say ‘cheeks’ not ‘cheese’

‘The curve that sets everything straight” was how comedian Phyllis Diller once described the smile. And it’s true that there’s something charming, trustworthy and disarming about a smile – but this can be misleading. Dig a little deeper and you will understand a much less wholesome side. Because, ladies and gentleman, the smile is one of the biggest fakes going.

I know what you’re thinking: we all pull a false smile now and again to appease our fellows and avoid unnecessary conflict. On the other hand, a genuine smile of true enjoyment is something different. Psychologists have named such a smile after the French neurologist Guillaume-Benjamin-Amand Duchenne de Boulogne. The Duchenne smile, utilising the muscles around the eyes that lift the cheeks to produce crow’s feet, has long been held as an inimitable sign of true human emotion. Or at least it was until 2013, when a team of researchers from Northeastern University, Boston, broke that hoodoo.…