If you enjoyed the new opera “What’s Eating You“, which was about two people and all the microbes in and on them, you will (probably) enjoy this newly published study. It’s about people, their microbes, and who eats whom:

“The microbes we eat: abundance and taxonomy of microbes consumed in a day’s worth of meals for three diet types,” Jenna M. Lang [pictured here], Jonathan A. Eisen, Angela M. Zivkovic, PeerJ, epub December 9, 2014. The authors, at the University of California, Davis, report: 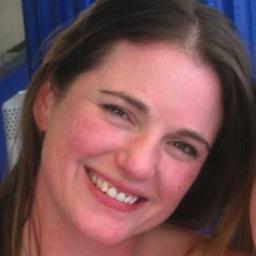 “Far more attention has been paid to the microbes in our feces than the microbes in our food…. Little is known about the effects of ingested microbial communities that are present in typical American diets, and even the basic questions of which microbes, how many of them, and how much they vary from diet to diet and meal to meal, have not been answered.

Maddie Stone gives further details about the study, in Motherboard.

The opera premiered as part of the 2014 Ig Nobel Prize ceremony. You may have heard a snippet, at the tail end of the recent Science Friday radio broadcast. You can see and hear the complete opera (all three acts) in this video of the Ig Nobel ceremony:

BONUS: The same kind of “what microbes does it eat?” analysis could be performed on other animals. This video shows a cat eating some of the contents of a seafood shop in Vladivostok, reports the Death and Taxes blog. (Thanks to Betsy Devine for bringing it to our attention):