The Swiss researchers who (some of them) two years ago did an “analysis of a piece of shit”  now supply an answer to the question “Are shoes good for you?” They are two-fifths of the way towards completing the poetical list “shoes and shit [reverse sic] and sealing wax, cabbages and kings“.

Their shit study is called “An In-Depth Analysis of a Piece of Shit: Distribution of Schistosoma mansoni and Hookworm Eggs in Human Stool.” Their shoes study is: 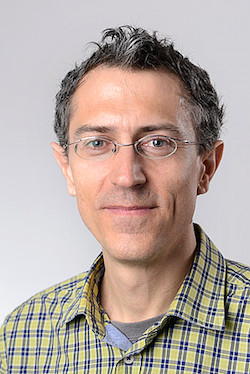 “Consistent use of footwear may help in preventing or slowing down the progression of many neglected tropical diseases (NTDs). We conducted a systematic review and meta-analysis to assess the association between footwear use and infection or disease for those NTDs for which the route of transmission or occurrence may be through the feet. We found that footwear use reduces the risk of Buruli ulcer, tungiasis, hookworm, any STH infection, strongyloidiasis, and leptospirosis. No significant association between footwear use and podoconiosis was found and no data were available for mycetoma, myiasis or snakebite. We recommend that access to footwear should be prioritized alongside existing NTD interventions to ensure a lasting reduction of multiple NTDs and to accelerate their control and elimination.”

The Board of Governors of the Swiss Tropical and Public Health Institute (Swiss TPH) has elected Prof. Jürg Utzinger as the new director with effect from 1 July 2015. The vote was unanimous. Prof Utzinger will succeed Prof. Marcel Tanner, who has led the Institute with great success since 1997 and is to stand down after three terms in office on 30 June 2015.