The Edinburgh University collection of historic musical instruments houses what is believed to be the oldest surviving contrabass serpent. It’s called ‘Anaconda’ and was made by Joseph and Richard Wood, of Huddersfield, UK c.1840. 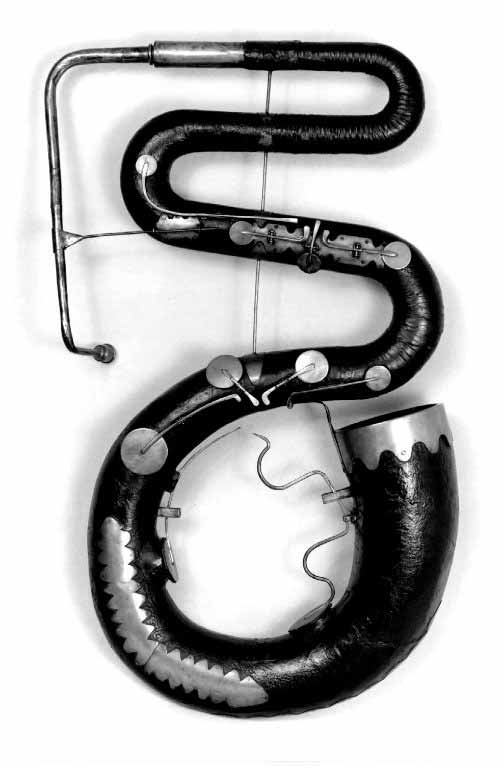 It’s pitched in 16-ft C, a full octave below a standard serpent, which only manages a comparatively lightweight 8-ft C. The collection’s webpage video (which won’t show up unless you have an mp4 player plugin) shows Andre van de Beek playing ‘Hearts of Oak’. If you can’t see the video, listen instead to this recording of a contrabass serpent making a sound loosely inspired by the musical note C# (ish) – which Improbable has archived as an .mp3, an .ogg and a .wav

For further info contrabass serpents of all kinds, see the work of The Serpent Website. Also don’t miss the the April 1st 2005 Newsletter for Serpent Enthusiasts which shows new modern box-like variants of the serpent, which are, outwardly at least, very un-serpent like, and are called instead ‘Squarepents’.

Also see: The lowest of the low, flautily and Contrabassophone and such